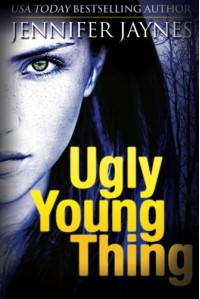 Allie is a disturbed teenager who has been through more tragedy than any one person should have to endure. Her brother looked after her while their mother's mind deteriorated but now her brother has left her too. Now it's up to her and she does whatever she must to survive. She is finally placed into foster care and is starting to question everything that she was told growing up. Is she able to trust her new foster mother? Is she starting to suffer from the same mental illness that claimed both her mother and brother? Death has always followed Allie and now that dead bodies are starting to appear again, she wonders if this time it may just be enough to claim her.

This book was such a page-turner! The author revealed the pieces to the puzzle at the right time to give hints as to who was involved in the recent murders but yet kept me guessing until the big reveal. The pacing of the story was wonderful and I eagerly awaited what was coming next. Allie was a flawed individual, as are some other characters, and it helped me relate to them. This book shines the light on mental disorders and how life can be affected by them. I wasn't aware until after I was done reading the book and posting my review to Goodreads that this is actually the second book of a series. Now that I've been introduced to these characters, I must pick up the first book so I can get a better look at what they went through before getting to this point. I would also like to note that even though I haven't read book one, Never Smile at Strangers, that it in no way hindered me from enjoying and understanding Ugly Young Thing.

I received a copy of this book via NetGalley in exchange for an honest opinion.